The Ambulance Section is setup to provide pre-hospital care and event first aid cover and is split into two distinct parts;
Providing emergency care to the general public is not a new thing for members of the RLSS.

When World War II started in September 1939, the RLSS became, along with the St. John Ambulance Association, the ARP (Air Raid Precautions), the WVS (Women's Voluntary Service) an active and valuable arm of Civil Defence.
​
The RLSS produced a new handbook on resusciation containing a special examination that civilians could undertake in order to form and join the new Respiration Service. The handbook was called Artificial Respiration - Are You Prepared? The picture below shows an extract from the handbook. 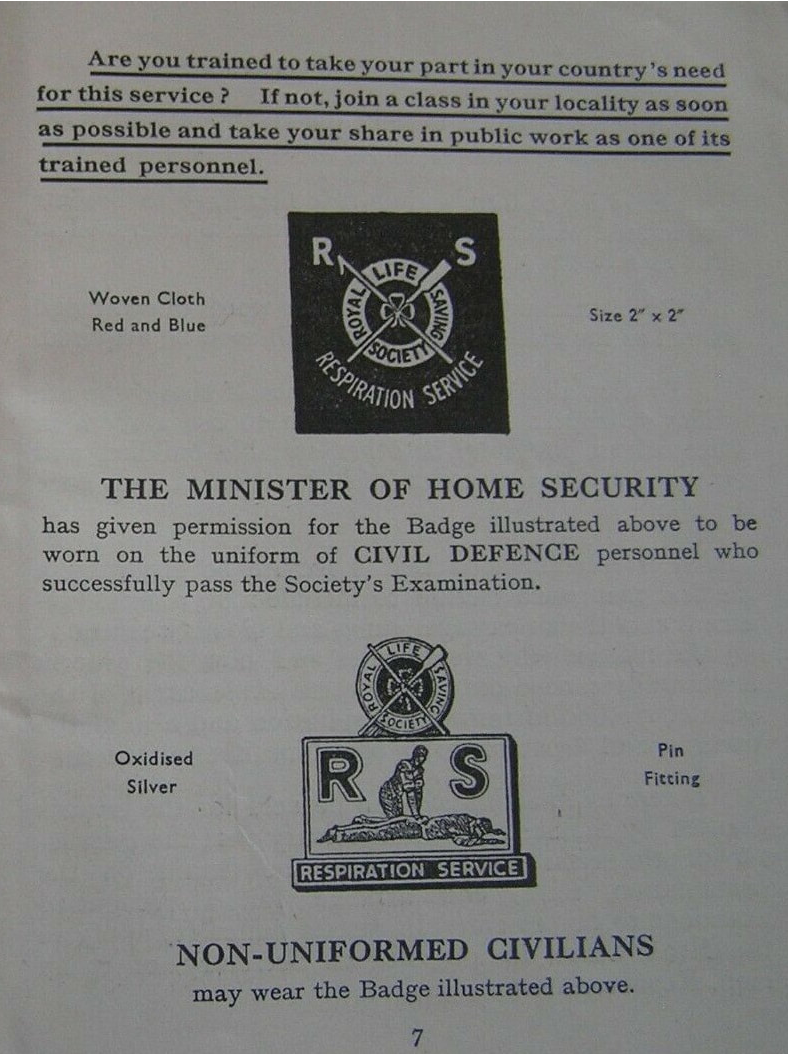 Members of the Civil Defence Service who passed the RLSS Respiration Service exam were entitled to wear the society's woven badge on their uniform. There was also two versions of a metal badge that could be worn on civilian clothing.